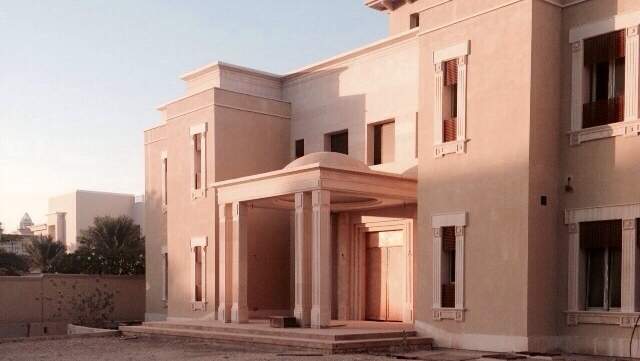 The median price of a villa in Emirates Hills was 36 million dirhams in 2016.

Dubai’s Emirates Hills is home to some of the city’s wealthiest residents and the district again claimed the most expensive property sale of the year in 2016 after an Indian businessman splashed 53 million dirhams ($14.4 million) on a sprawling mansion with a golf course view.

The villa, was found by the buyer on www.propertyfinder.ae, the UAE’s leading property real estate portal.

“Dubai’s real estate market remains one of the preferred options for the world’s ultra-high net worth individuals and the leading choice for those from the GCC,” said Lukman Hajje, Propertyfinder Group chief commercial officer.

PH Real Estate brokered last year’s record purchase of the 24,000 square foot mansion, which is located on a 39,000 sq ft plot – that’s more than half the size of a football pitch – overlooking Emirates Hills golf club.

“We were delighted to have set the record for 2016,” said Myles Bush, chief executive of PH Real Estate, formerly called Powerhouse Properties and which topped the Emirates Hills transaction list for a ninth straight year.

“We’re even more delighted that the enquiry came from Propertyfinder.ae, with whom we’ve enjoyed a good working relationship with for many years.”

Dubai property sales transactions numbers declined in recent years as the authorities tightened lending rules to help cool the market and deter speculators, actions that helped prices in most communities make single-digit declines for a second successive year in 2016. But in the luxury segment cash purchases remain the norm.

“Dubai is unique in that it combines year-round sunshine and sandy beaches with a modern commercial infrastructure within a six-hour flight of 70 per cent of the world’s population,” said Propertyfinder’s Hajje.

“These factors allow it to compete with both luxury lifestyle destinations such as Monaco, Saint Bart’s and Saint Tropez as well as major capital cities such as London, New York, Sydney and Hong Kong.”

In 2016, the median price of a villa in Emirates Hills was 36 million dirhams, making it once again Dubai’s most expensive neighbourhood. Culture Village was second – the average villa price in this Creekside locale was 24 million dirhams, bolstered by high demand for the Palazzo Versace properties.

Palm Jumeirah homes were advertised for a median price of 2,700 dirhams per sq ft last year, making it the priciest area by this measurement – villas in Emirates Hills, which are bigger and hence command a higher actual selling price, came in at 2,686 dirhams per sq ft.

Downtown Dubai’s 2,467 dirhams per sq ft put it third; only districts with at least 100 listings on Propertyfinder.ae during 2016 were included.